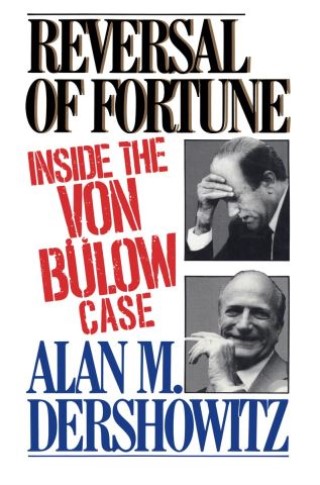 Inside the Von Bulow Case

Defense attorney and Harvard law professor provides an insider's account of the trial, appeal, subsequent retrial, and acquittal in the murder case of Claus von Bulow, profiling the people involved.

NOTE: This edition does not include photographs.

Alan Dershowitz: Alan M. Dershowitz is the New York Times bestselling author of more than 30 books. His articles have appeared in hundreds of publications, including The New York Times Magazine, The Washington Post, The Wall Street Journal, The Huffington Post, Harvard Law Review, The Yale Law Journal, The Jerusalem Post, and Haaretz. He is the Felix Frankfurter Professor of Law, emeritus, at Harvard Law School, and has worked for more than 50 years in the areas of civil liberties, human rights, and criminal law. Honors he has received include the Anti-Defamation League’s William O. Douglas First Amendment Freedom Award.