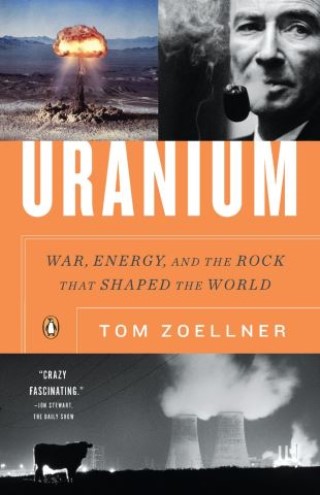 War, Energy, and the Rock That Shaped the World

Uranium is a common element in the earth's crust and the only naturally occurring mineral with the power to end all life on the planet. After World War II, it reshaped the global order-whoever could master uranium could master the world.

Marie Curie gave us hope that uranium would be a miracle panacea, but the Manhattan Project gave us reason to believe that civilization would end with apocalypse. Slave labor camps in Africa and Eastern Europe were built around mine shafts and America would knowingly send more than six hundred uranium miners to their graves in the name of national security.

Fortunes have been made from this yellow dirt; massive energy grids have been run from it. Fear of it panicked the American people into supporting a questionable war with Iraq and its specter threatens to create another conflict in Iran. Now, some are hoping it can help avoid a global warming catastrophe.

In Uranium, Tom Zoellner takes readers around the globe in this intriguing look at the mineral that can sustain life or destroy it.

Tom Zoellner: Tom Zoellner has worked as a contributing editor for Men’s Health magazine and as a reporter for the San Francisco Chronicle. His book The Heartless Stone: A Journey Through the World of Diamonds and Desire will be published in the summer of 2006.