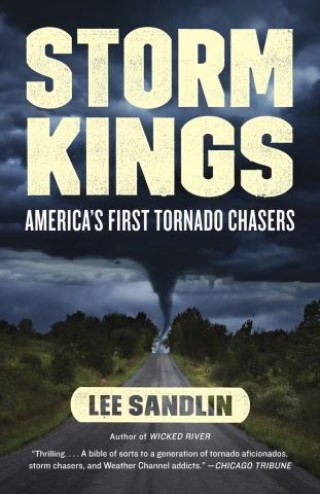 In Storm Kings, Lee Sandlin retraces America's fascination and unique relationship to tornadoes and the weather. From Ben Franklin's early experiments, to "the great storm debates" of the nineteenth century, to heartland life in the early twentieth century, Sandlin shows how tornado chasing helped foster the birth of meteorology, recreating with vivid descriptions some of the most devastating storms in America's history. Drawing on memoirs, letters, eyewitness testimonies, and numerous archives, Sandlin brings to life the forgotten characters and scientists that changed a nation and how successive generations came to understand and finally coexist with the spiraling menace that could erase lives and whole towns in an instant.

Lee Sandlin is the author of Wicked River, Storm Kings, and The Distancers. He was also an award-winning journalist, essayist, and book reviewer for The Wall Street Journal. Born in Wildwood, Illinois, he grew up in the suburbs of Chicago. He died in 2014.