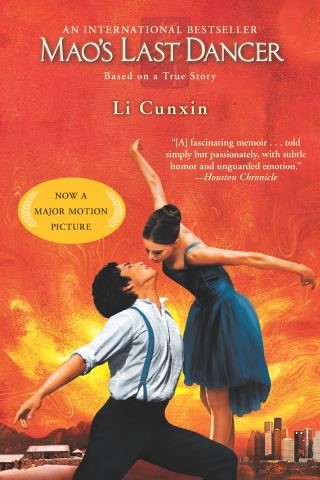 The extraordinary memoir of a peasant boy raised in rural Maoist China who was plucked from his village to study ballet and went on to become one of the greatest dancers of his generation.

From a desperately poor village in northeast China, at age eleven, Li Cunxin was chosen by Madame Mao's cultural delegates to be taken from his rural home and brought to Beijing, where he would study ballet. In 1979, the young dancer arrived in Texas as part of a cultural exchange, only to fall in love with America-and with an American woman. Two years later, through a series of events worthy of the most exciting cloak-and-dagger fiction, he defected to the United States, where he quickly became known as one of the greatest ballet dancers in the world. This is his story, told in his own inimitable voice.

THE BASIS FOR A MAJOR MOTION PICTURE

Li Cunxin: Li Cunxin was born in a small village near the city of Qingdao, in northern China. At eighteen, he was selected to perform at the Houston Ballet, which led to a dramatic defection to the United States. He has performed as a soloist with the Houston Ballet and as a principal artist with the Australian Ballet.