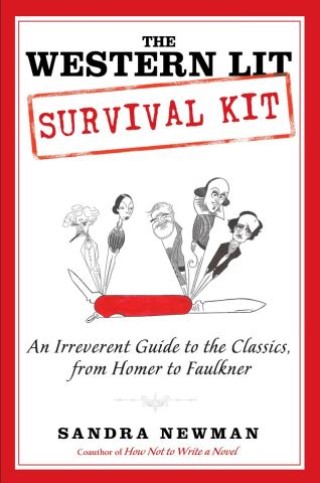 An Irreverent Guide to the Classics, from Homer to Faulkner

A side-splitting tour that makes it a blast to read the Western literary canon, from the ancient Greeks to the Modernists.

To many, the Great Books evoke angst: the complicated Renaissance dramas we bluffed our way through in college, the dusty Everyman's Library editions that look classy on the shelf but make us feel guilty because they've never been opened. On a mission to restore the West's great works to their rightful place (they were intended to be entertaining!), Sandra Newman has produced a reading guide like no other. Beginning with Greek and Roman literature, she takes readers through hilarious detours and captivating historical tidbits on the road to Modernism. Along the way, we find parallels between Rabelais and South Park, Jane Austen and Sex and the City, Jonathan Swift and Jon Stewart, uncovering the original humor and riskiness that propelled great authors to celebrity.

Sandra Newman: Sandra Newman is the author of the novels Cake and The Only Good Thing Anyone Has Ever Done, and a memoir, Changeling. She is the coauthor of How Not to Write a Novel and Read This Next. Newman lives in Brooklyn.