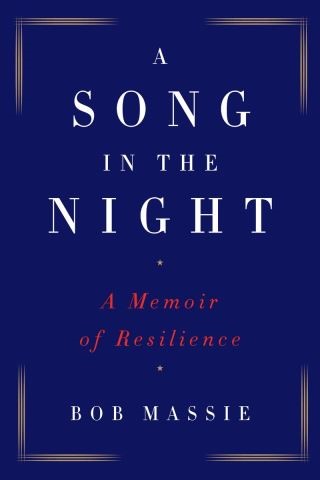 A Song in the Night

A Memoir of Resilience

In this inspiring memoir of faith and perseverance, Bob Massie recounts how a childhood illness laid the foundation for a life filled with compassion and activism.

Bob Massie was born with classical hemophilia, a painful disorder that caused repeated bleeding in his joints and slowly robbed him of the ability to walk. Though bound to leg braces and wheelchairs as a child, his curiosity and enthusiasm pulled him relentlessly outward toward knowledge and people. Gradually he fought back and eventually succeeded not only in walking again but in traveling widely through a life of passion and commitment. He graduated in history from Princeton, where he organized the opening up of the university's exclusive club system, and later was ordained as an Episcopal minister. After several years teaching children and working with the homeless in New York City, he moved to the challenging halls of Harvard Business School, where he earned a doctorate while tending to a devoted but struggling congregation in the working-class city of Somerville, Massachusetts.

Though the medical dangers increased—he had acquired the HIV and hepatitis through transfusions for hemophilia—he continued to press for justice. He wrote a prizewinning book on South African apartheid, led one of America's most innovative environmental groups, ran for lieutenant governor in Massachusetts, and created  the world's leading standard for corporate sustainability. Then, in 2002, the same year Massie was named one of the 100 most influential people in the field of finance by CFO magazine, he received more devastating health news. The hepatitis was causing his liver to fail, and Massie was brought close to death in 2009.

After surviving these remarkable challenges, Bob Massie is now ready to share his story. Though his journey has not been easy, he writes about it with tremendous grace and candor. In an era rife with disillusionment, A Song in the Night will inspire everyone who reads it.

"A good friend and a visionary leader, Bob Massie has combined foresight, passion, and skill to create lasting change in the US and around the world. In A Song in the Night, Bob shares deeply personal stories that help describe how he overcame great challenges to forge such strong commitments for his work and family. Bob has lived an incredible life, and we are so fortunate that he has shared it with us in this wonderful new book." —Al Gore

"I admire and deeply respect Bob Massie’s courage, his compassion, and his eloquence. He is a good man. His life's work has focused on social justice, public service, and faith, and I know he will continue to work tirelessly to make this a more just world." —Elizabeth Warren

Bob Massie: BOB MASSIE is an American environmental leader, author, Episcopal priest, and former anti-apartheid activist. His book Loosing the Bonds: America and South Africa in the Apartheid Years won the Lionel Gelber Prize for the Best Book on International Relations in 1997. He lives in Massachusetts.