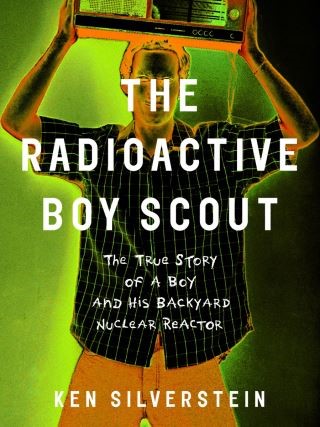 The True Story of a Boy and His Backyard Nuclear Reactor

Growing up in suburban Detroit, David Hahn was fascinated by science, and his basement experiments—building homemade fireworks, brewing moonshine, and concocting his own self-tanning lotion—were more ambitious than those of other boys. While working on his Atomic Energy badge for the Boy Scouts, David’s obsessive attention turned to nuclear energy. Throwing caution to the wind, he plunged into a new project: building a nuclear breeder reactor in his backyard garden shed.

In The Radioactive Boy Scout, veteran journalist Ken Silverstein recreates in brilliant detail the months of David’s improbable nuclear quest. Posing as a physics professor, David solicited information on reactor design from the U.S. government and from industry experts. (Ironically, the Nuclear Regulatory Commission was his number one source of information.) Scavenging antiques stores and junkyards for old-fashioned smoke detectors and gas lanterns—both of which contain small amounts of radioactive material—and following blueprints he found in an outdated physics textbook, David cobbled together a crude device that threw off toxic levels of radiation. His unsanctioned and wholly unsupervised project finally sparked an environmental catastrophe that put his town’s forty thousand residents at risk and caused the EPA to shut down his lab and bury it at a radioactive dumpsite in Utah.

An outrageous account of ambition and, ultimately, hubris that sits comfortably on the shelf next to such offbeat science books as Driving Mr. Albert and stories of grand capers like Catch Me If You Can, The Radioactive Boy Scout is a real-life adventure with the narrative energy of a first-rate thriller.

Ken Silverstein: KEN SILVERSTEIN is an investigative reporter for the Washington, D.C., bureau of the Los Angeles Times. A former contributing editor to Harper’s Magazine, in which a portion of this story first appeared, he has written for Mother Jones, The Nation, and The American Prospect, among others. He lives in Washington, D.C.