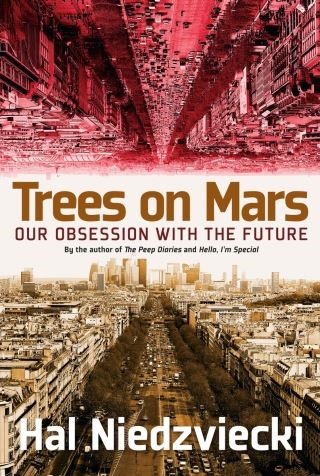 Our Obsession with the Future

The future is big right now—for perhaps the first time, our society is more focused on what is going to happen in the future than what is happening right now. In Trees on Mars: Our Obsession with the Future, cultural critic and indie entrepreneur Hal Niedzviecki asks how and when we started believing we could and should “create the future.” What is it like to live in a society utterly focused on what is going to happen next? Through visits to colleges, corporations, tech conferences, factories and more, Niedzviecki traces the story of how owning the future has become irresistible to us. In deep conversation with both the beneficiaries and victims of our relentless obsession with the future, Niedzviecki asks crucial questions: Where are we actually heading?  How will we get there? And whom may we be leaving behind?

Hal Niedzviecki: One of North America's smartest and most explosive contrarians, HAL NIEDZVIECKI is a writer, speaker, and culture commentator known for challenging preconceptions and exploring the new patterns of tech-infused everyday life. He is the author of three previous books of nonfiction, including The Peep Diaries: How We're Learning to Love Watching Ourselves and Our Neighbors and Hello, I'm Special: How Individuality Became the New Conformity. The Peep Diaries was made into a television documentary entitled Peep Culture, produced for the CBC and shown at festivals and on television in six countries. Niedzviecki's articles on contemporary life have appeared in newspapers, periodicals, and journals across the world including New York Times Magazine, Playboy, Utne Reader, and the Globe and Mail. He serves as publisher and fiction editor of Broken Pencil, the seminal indie culture publication that he founded in 1995. Niedzviecki grew up in the suburbs of Washington DC, and currently lives in Toronto with his wife and two daughters. For more information, see his website, AlongCameTomorrow.com.