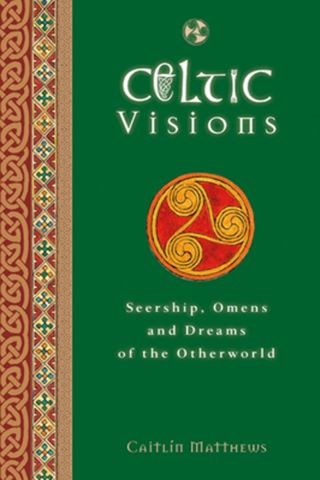 Seership, Omens and Dreams of the Otherworld

Through prayers, chants, and practical exercises, Celtic Visions teaches readers how to tap into their inner spiritual power, enabling them to experience heightened perception and open portals to other realms of existence. Drawn from ancient Gaelic and Welsh sources, this visionary guide reveals the truth behind the prophetic visions of the druids and seers. It explains their methods for communicating with the Otherworld through omens and fairy lore and explores the Celtic gift of "second sight"—the ability to perceive both the visible and the invisible aspects of reality.

Caitlin Matthews: Caitlín Matthews (born 1952) was born in Portsmouth, England, of British and Irish parents, and from an early age was aware of a spiritual dimension to life. She was briefly acquainted with the influential modern Druid Ross Nichols, and trained with Dolores Ashcroft-Nowicki of the Servants of the Light (1978–1982). She was initiated into the Fellowship of Isis in 1977 and was subsequently ordained as priestess in 1988. She continues as arch-priestess in the Archpriesthood Union, as one of the custodians of the Fellowship of Isis.
Following the publication of The Western Way she has written over sixty books including several works on the divine feminine, and has introduced many newcomers to the worlds of early Welsh and Irish literature. Her work reflects both the older academic sources and the newer Celtic mystical ones, but leaves out, according to Hutton, "the scholarly publications of the 1980s, many of which have radically altered existing views of the sources for our knowledge of the ancient Celts."
Matthews has led workshops in Britain and elsewhere, including The Temenos Academy, London; Regents College, Oxford; the University of Jyväskylä in Finland, the University of Lisbon in Portugal, and at Studium Generale of the Arnhem Institute for the Arts in Netherlands