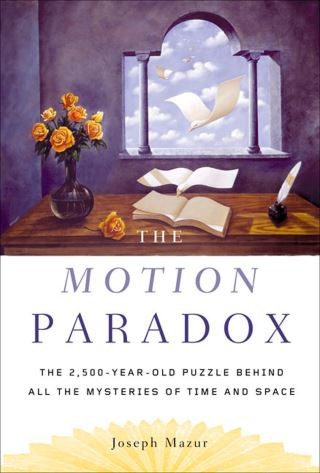 The 2,500-Year Old Puzzle Behind All the Mysteries of Time and Space

The epic tale of an ancient, unsolved puzzle and how it relates to all scientific attempts to explain the basic structure of the universe

At the dawn of science the ancient Greek philosopher Zeno formulated his paradox of motion, and amazingly, it is still on the cutting edge of all investigations into the fabric of reality.

Zeno used logic to argue that motion is impossible, and at the heart of his maddening puzzle is the nature of space and time. Is space-time continuous or broken up like a string of beads? Over the past two millennia, many of our greatest mindsincluding Aristotle, Galileo, Newton, Einstein, Stephen Hawking, and other current theoreticianshave been gripped by the mystery this puzzle represents.

Joseph Mazur, acclaimed author of Euclid in the Rainforest, shows how historic breakthroughs in our understanding of motion shed light on Zenos paradox. The orbits of the planets were explained, the laws of motion were revealed, the theory of relativity was discoveredbut the basic structure of time and space remained elusive.

In the tradition of Fermats Enigma and Zero, The Motion Paradox is a lively history of this apparently simple puzzle whose solutionif indeed it can be solvedwill reveal nothing less than the fundamental nature of reality.

Joseph Mazur: Joseph Mazur is Professor of Mathematics at Marlboro College, where he has taught a wide range of classes in all areas of mathematics, its history, and philosophy.