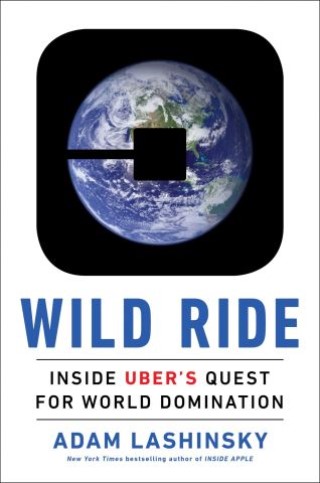 Inside Uber's Quest for World Domination

In your pocket is something amazing: a quick and easy way to summon a total stranger who will take you anywhere you’d like. In your hands is something equally amazing: the untold story of Uber’s meteoric rise, and the massive ambitions of its larger-than-life founder and CEO.

Before Travis Kalanick became famous as the public face of Uber, he was a scrappy, rough-edged, loose-lipped entrepreneur. And even after taking Uber from the germ of an idea to a $69 billion global transportation behemoth, he still describes his company as a start-up. Like other Silicon Valley icons such as Steve Jobs and Elon Musk, he’s always focused on the next disruptive innovation and the next world to conquer.

Both Uber and Kalanick have acquired a reputation for being combative, relentless, and iron-fisted against competitors. They’ve inspired both admiration and loathing as they’ve flouted government regulators, thrown the taxi industry into a tailspin, and stirred controversy over possible exploitation of drivers. They’ve even reshaped the deeply ingrained consumer behavior of not accepting a ride from a stranger—against the childhood warnings from everyone’s parents.

Wild Ride is the first truly inside look at Uber’s global empire. Veteran journalist Adam Lashinsky, the bestselling author of Inside Apple, traces the origins of Kalanick’s massive ambitions in his humble roots, and he explores Uber’s murky beginnings and the wild ride of its rapid growth and expansion into different industries.

Lashinsky draws on exclusive, in-depth interviews with Kalanick and many other sources who share new details about Uber’s internal and external power struggles. He also examines its doomed venture into China and the furtive fight between Kalanick and his competitors at Google, Tesla, Lyft, and GM over self-driving cars. Lashinsky even got behind the wheel as an Uber driver himself to learn what it’s really like.

Uber has made headlines thanks to its eye-popping valuations and swift expansion around the world. But this book is the first account of how Uber really became the giant it is today, and how it plans to conquer the future.

Adam Lashinsky: ADAM LASHINSKY is the executive editor of Fortune, editorial director of the Fortune Brainstorm Tech conference, and co-chair of the Fortune Global Forum. He wrote the 2012 New York Times bestseller Inside Apple, and he appears regularly on Fox News. He lives in San Francisco with his wife and daughter.