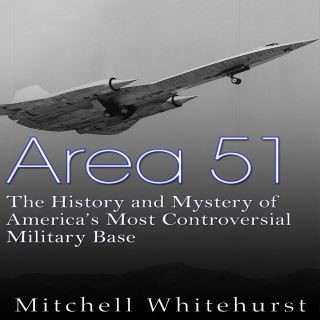 The History and Mystery of America's Most Controversial Military Base

Unlike many aspects of other conspiracy theories, Area 51 is a frequently-documented fact. UFO seekers can theorize to their heart’s content about what might have gone on there or whether Area 51 even exists, but Area 51 is quite real. In simple terms, it is a place where the United States government conducted—and continues to conduct—tests, in a remote environment where civilians are not in jeopardy and enemies from foreign countries cannot observe or sabotage weaponry or strategy the U.S. might use against them. Assuming that other countries were doing the same, the U.S. also used this remote site to test equipment like the U-2 that would make it possible to spy on other countries and for other countries to do harm to the United States. In civilian terms, it is merely a location on a map in a remote part of the Nevada desert, near the tiny hamlet of Rachel. The tiny little group of local residents is so small that one source notes that Rachel has never even been home to a post office. Area 51: The History and Mystery of America’s Most Controversial Military Base looks at the mysterious military base that has been the subject of countless conspiracy theories.