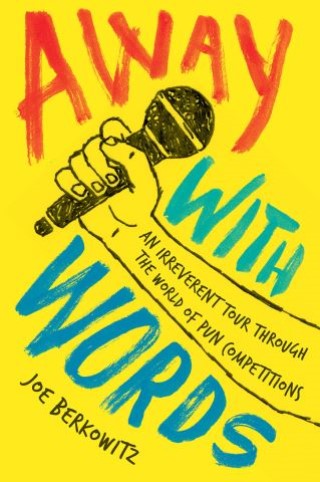 An Irreverent Tour Through the World of Pun Competitions

Fast Company reporter Joe Berkowitz investigates the bizarre and hilarious world of pun competitions from the Punderdome 3000 in Brooklyn to the World competition in Austin.

When Joe Berkowitz witnessed his first Punderdome competition, it felt wrong in the best way. Something impossible seemed to be happening. The kinds of jokes we learn to repress through social conditioning were not only being aired out in public—they were being applauded. As it turned out, this monthly show was part of a subculture that’s been around in one form or another since at least the late ‘70s. Its pinnacle is the O. Henry Pun Off World Championship, an annual tournament in Austin, Texas. As someone who is terminally self-conscious, Joe was both awed and jealous of these people who confidently killed with the most maligned form of humor.

In this immersive ride into the subversive world of pun competitions, we meet punsters weird and wonderful and Berkowitz is our tour guide. Puns may show up in life in subtle ways sometimes, but once you start thinking in puns you discover they’re everywhere. Berkowitz’s search to discover who makes them the most, and why, leads him to the professional comedian competitors on @Midnight, a TV show with a pun competition built into it, the writing staff of Bob’s Burgers, the punniest show on TV, and even a humor research conference. With his new unlikely band of punster brothers, he finally heads to Austin to compete in the World Championship. Of course, in befriending these comic misfits he also ended up learning that when you embrace puns you become a more authentic version of yourself.

Joe Berkowitz Joe Berkowitz is an editor and staff writer at Fast Company, covering entertainment and pop culture. He is the coauthor of You Blew It. He lives in Brooklyn with his wife and an ideal tuxedo cat.