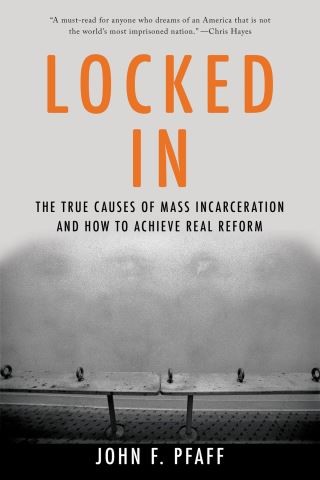 A groundbreaking reassessment of the American prison system, challenging the widely accepted explanations for our exploding incarceration rates

In Locked In, John Pfaff argues that the factors most commonly cited to explain mass incarceration -- the failed War on Drugs, draconian sentencing laws, an increasing reliance on private prisons -- tell us much less than we think. Instead, Pfaff urges us to look at other factors, especially a major shift in prosecutor behavior that occurred in the mid-1990s, when prosecutors began bringing felony charges against arrestees about twice as often as they had before.

An authoritative, clear-eyed account of a national catastrophe, Locked In is "a must-read for anyone who dreams of an America that is not the world's most imprisoned nation" (Chris Hayes, author of A Colony in a Nation). It transforms our understanding of what ails the American system of punishment and ultimately forces us to reconsider how we can build a more equitable and humane society.