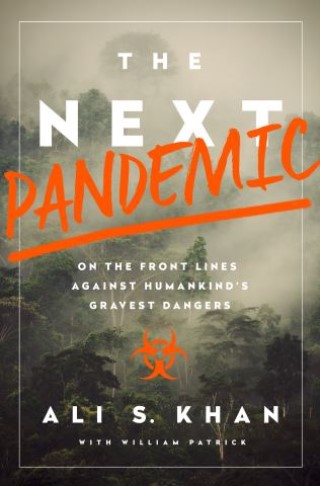 On the Front Lines Against Humankind's Gravest Dangers

During the 2014 Ebola crisis, the public watched with rapt attention as a handful of Americans contracted the deadly fever and were transported to treatment facilities in the United States. We charted the movements of Dr. Craig Spencer, whose three-mile jog and subway ride to a bowling alley became national news, fearing for our lives. Yet the panic far outstripped the reality of the situation; Dr. Spencer survived, and the disease spread no further. The American Ebola outbreak began and ended with two fatalities.

To Dr. Ali Khan, the 2014 Ebola scare was simply another example of public paranoia about infectious disease; he has been on the front lines of each one  and many we didn't hear about over the last 25 years. During the 1995 Ebola outbreak in Zaire, Khan found patient zero; he traveled to Washington, DC, in 2001 as a first responder in the anthrax crisis; and went to southeast Asia to treat patients of SARS. The University of Nebraska Medical Center, where Khan is now Dean of Public Health, is one of four biohazard containment units in the United States; four Ebola patients were treated there in 2014.

In this riveting book, Khan tells the dramatic stories of these crisesas well as the stories we don't knowof congo-crimean hemorrhagic fever infecting abattoirs in the United Arab Emirates, as cigarette-smoking local doctors rushed to the scene, for instance; or of being shot at by militias in the African bush while trying to treat monkeypox.

The book's message is every bit as urgent as his stories: we are focused on the wrong problems. Khan reminds us that the danger of an outbreakmore real than ever in the age of climate change and global travelis not a matter of which disease is the most deadly or violent. Instead, he urges readers to spread good information and practice essential habits.

Untitled CDC Memoir is a vivid and necessary book about rampant and violent diseases, and disasters narrowly averted and the tools we need to keep them at bay.