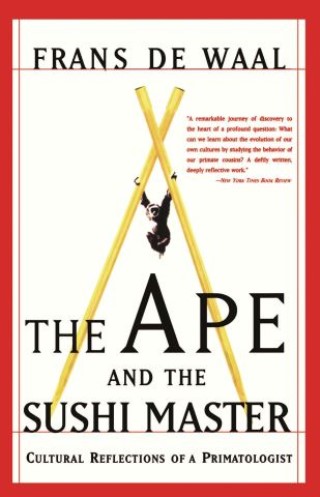 The Ape And The Sushi Master

Cultural Reflections Of A Primatologist

From the New York Times bestselling author of Mama's Last Hug and Are We Smart Enough to Know How Smart Animals Are?, a provocative argument that apes have created their own distinctive cultures

In The Ape and the Sushi Master, eminent primatologist Frans de Waal corrects our arrogant assumption that humans are the only creatures to have made the leap from the natural to the cultural domain. The book's title derives from an analogy de Waal draws between the way behavior is transmitted in ape society and the way sushi-making skills are passed down from sushi master to apprentice. Like the apprentice, young apes watch their group mates at close range, absorbing the methods and lessons of each of their elders' actions. Responses long thought to be instinctive are actually learned behavior, de Waal argues, and constitute ape culture. A delightful mix of intriguing anecdote, rigorous clinical study, adventurous field work, and fascinating speculation, The Ape and the Sushi Master shows that apes are not human caricatures but members of our extended family with their own resourcefulness and dignity.