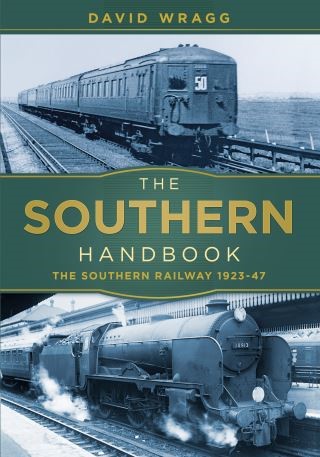 The Southern Railway may not have been the most glamorous of the ‘Big Four’ companies that emerged from the grouping of 1923, but it was the great innovator. In the 1930s the Southern pioneered the first main-line electrification and created the largest electrified suburban railway network in the world. It was also one of the few to offer regular departures and the first to run true international services, introducing the ‘Night Ferry’ through-trains from London to Paris using special ferries. Forming part of a series, along with The GWR Handbook, The LMS Handbook and The LNER Handbook, this new edition provides an authoritative and highly detailed reference of information about the Southern Railway.

David Wragg: David Wragg has written many books on railway, aviation and defense subjects, including Wartime on the Railways, The Southern Railway Story, The LMS Story, The LNER Story and The GWR Story for The History Press. He has also written on these subjects for the Sunday Telegraph, the Spectator and the Scotsman. He lives near Edinburgh.