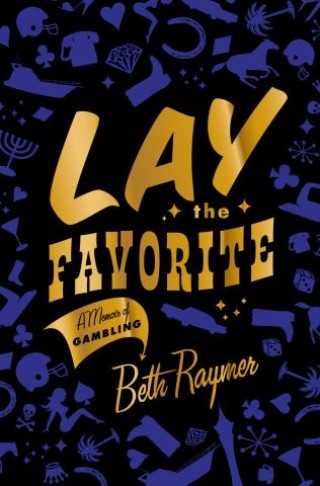 A Memoir of Gambling

Beth Raymer arrived in Las Vegas in 2001, hoping to land a job as a cocktail waitress at one of the big casinos. In the meantime, she lived in a $17-a-night motel with her dog, Otis, and waited tables at a low-rent Thai restaurant. One day, one of her regular customers told her about a job she thought Beth would be perfect for and sent her to see Dink, of Dink Inc. Dink was a professional sports gambler—one of the biggest in Vegas. He was looking for a right-hand man—someone who would show up on time, who had a head for numbers, and who didn’t steal. She got the job.

Lay the Favorite is the story of Beth Raymer’s years in the high-stakes, high-anxiety world of sports betting—a period that saw the fall of the local bookie and the rise of the freewheeling, unregulated offshore sports book, and with it the elevation of sports betting in popular culture. As the business explodes, Beth rises—from assistant to expert, trusted and seasoned enough to open an offshore booking office in the Caribbean with a few associates, men who leave their families up north to make a quick killing, while donning new tropical personas fueled by abundant drugs and local girlfriends, and who one by one succumb to their vices. They lie, cheat, steal, and run, until Beth is the last man standing.

Beth Raymer is a natural storyteller: funny, charming, and fully awake to the ironies around her. But she is also a keen and compassionate observer of the adrenaline-addicted, rougish types who become her mentors, her enemies, her family. Raymer brings to life a world that teems with pathos and ecstasy in this wild picaresque that also tells the story of a young woman’s crazy, sexy, most unlikely coming-of-age.