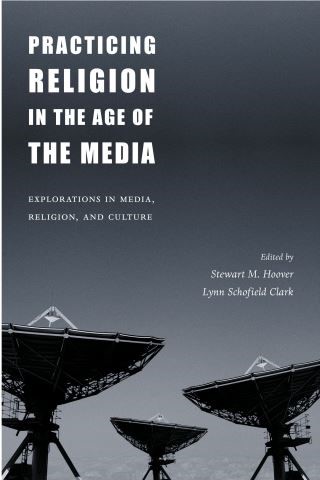 Practicing Religion in the Age of the Media

Explorations in Media, Religion, and Culture

Increasingly, the religious practices people engage in and the ways they talk about what is meaningful or sacred take place in the context of media culture—in the realm of the so-called secular.

Focusing on this intersection of the sacred and the secular, this volume gathers together the work of media experts, religious historians, sociologists of religion, and authorities on American studies and art history. Topics range from Islam on the Internet to the quasi-religious practices of Elvis fans, from the uses of popular culture by the Salvation Army in its early years to the uses of interactive media technologies at the Simon Wiesenthal Center's Beit Hashoah Museum of Tolerance. The issues that the essays address include the public/private divide, the distinctions between the sacred and profane, and how to distinguish between the practices that may be termed "religious" and those that may not.