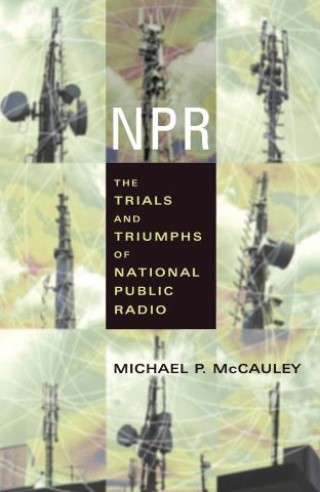 The Trials and Triumphs of National Public Radio

The people who shaped America's public broadcasting system thought it should be "a civilized voice in a civilized community"—a clear alternative to commercial broadcasting. This book tells the story of how NPR has tried to embody this idea. Michael P. McCauley describes NPR's evolution from virtual obscurity in the early 1970s, when it was riddled with difficulties—political battles, unseasoned leadership, funding problems—to a first-rate broadcast organization.

The book draws on a wealth of primary evidence, including fifty-seven interviews with people who have been central to the NPR story, and it places the network within the historical context of the wider U.S. radio industry. Since the late 1970s, NPR has worked hard to understand the characteristics of its audience. Because of this, its content is now targeted toward its most loyal listeners—highly educated baby-boomers, for the most part—who help support their local stations through pledges and fund drives.