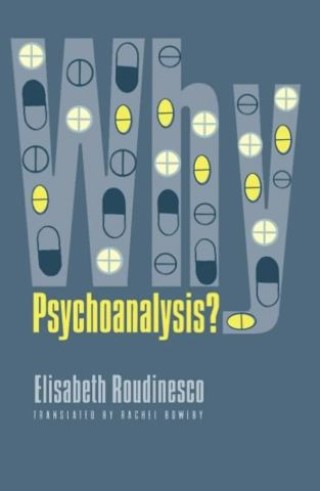 Why do some people still choose psychoanalysis-Freud's so-called talking cure-when numerous medications are available that treat the symptoms of psychic distress so much faster? Elisabeth Roudinesco tackles this difficult question, exploring what she sees as a "depressive society": an epidemic of distress addressed only by an increasing reliance on prescription drugs.

Far from contesting the efficacy of new medications like Prozac, Zoloft, and Viagra in alleviating the symptoms of any number of mental or nervous conditions, Roudinesco argues that the use of such drugs fails to solve patients' real problems. In the man who takes Viagra without ever wondering why he is suffering from impotence and the woman who is given antidepressants to deal with the loss of a loved one, Roudinesco sees a society obsessed with efficiency and desperate for the quick fix.

She argues that "the talking cure" and pharmacology represent not just different approaches to psychiatry, but different worldviews. The rush to treat symptoms is itself symptomatic of an antiseptic and depressive culture in which thought is reduced to the firing of neurons and desire is just a chemical secretion. In contrast, psychoanalysis testifies to human freedom and the power of language.