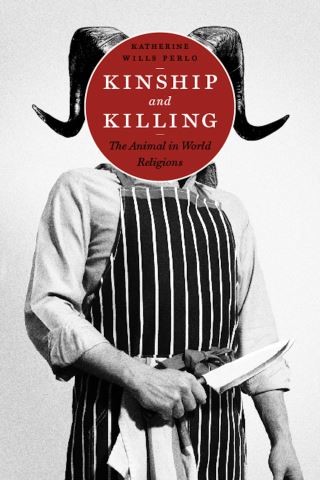 The Animal in World Religions

Through close readings of Jewish, Christian, Islamic, and Buddhist texts, Katherine Wills Perlo proves that our relationship with animals shapes religious doctrine, particularly through the tension between animal exploitation and the bonds of kinship. She pinpoints four different strategies for coping with this conflict. The first is aggression, in which a divinely conferred superiority or karma justifies animal usage. The second is evasion, which emphasizes benevolent aspects of the human-animal relationship within the exploitative structure, such as the image of Jesus as a "good shepherd." The third is defense, which acknowledges the problematic nature of killing, leading many religions to adopt a propitiation mechanism, such as apologizing for sacrifice. And the fourth is effective-defensive, which recognizes animal abuse as inherently unethical.

As humans feel more empathy toward animals, Perlo finds that adherents revise their interpretations of religious texts. Preexisting ontologies, such as Christianity's changing God or Buddhism's principle of impermanence, along with advances in farming practices and technology, also encourage changes in treatment. As cultures begin to appreciate the different types of perception and consciousness experienced by nonhumans, definitions of reality become complicated and humans lean more toward unitary accounts of shared existence. These evolving attitudes exert a crucial influence on religious thought, Perlo argues, moving humans ever closer to a nonspeciesist world.