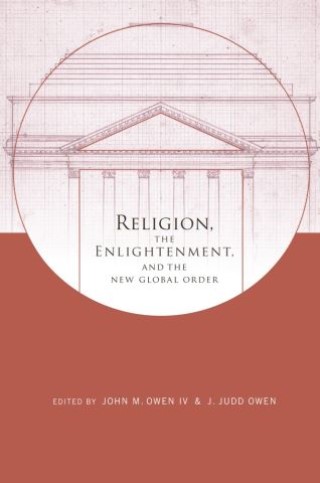 Religion, the Enlightenment, and the New Global Order

Largely due to the cultural and political shift of the Enlightenment, Western societies in the eighteenth century emerged from sectarian conflict and embraced a more religiously moderate path. In nine original essays, leading scholars ask whether exporting the Enlightenment solution is possibleor even desirabletoday.

Contributors begin by revisiting the Enlightenment's restructuring of the West, examining its ongoing encounters with Protestant and Catholic Christianity, Judaism, Islam, and Hinduism. While acknowledging the necessity of the Enlightenment emphasis on toleration and peaceful religious coexistence, these scholars nevertheless have grave misgivings about the Enlightenment's spiritually thin secularism. The authors ultimately upend both the claim that the West's experience offers a ready-made template for the world to follow and the belief that the West's achievements are to be ignored, despised, or discarded.