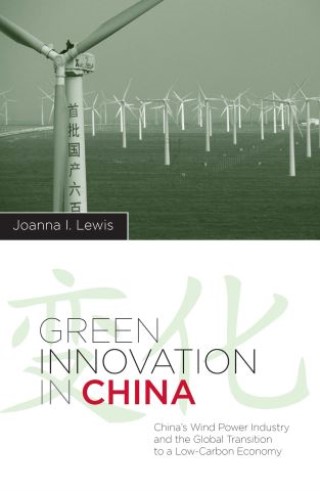 As the greatest coal-producing and consuming nation in the world, China would seem an unlikely haven for wind power. Yet the country now boasts a world-class industry that promises to make low-carbon technology more affordable and available to all. Conducting an empirical study of China's remarkable transition and the possibility of replicating their model elsewhere, Joanna I. Lewis adds greater depth to a theoretical understanding of China's technological innovation systems and its current and future role in a globalized economy.

Lewis focuses on China's specific methods of international technology transfer, its forms of international cooperation and competition, and its implementation of effective policies promoting the development of a home-grown industry. Just a decade ago, China maintained only a handful of operating wind turbines—all imported from Europe and the United States. Today, the country is the largest wind power market in the world, with turbines made almost exclusively in its own factories.

Following this shift reveals how China's political leaders have responded to domestic energy challenges and how they may confront encroaching climate change. The nation's escalation of its wind power use also demonstrates China's ability to leapfrog to cleaner energy technologies—an option equally viable for other developing countries hoping to bypass gradual industrialization and the "technological lock-in" of hydrocarbon-intensive energy infrastructure. Though setbacks are possible, China could one day come to dominate global wind turbine sales, becoming a hub of technological innovation and a major instigator of low-carbon economic change.