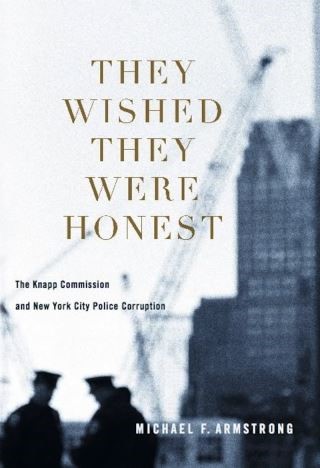 They Wished They Were Honest

In fifty years of prosecuting and defending criminal cases in New York City and elsewhere,Michael F. Armstrong has often dealt with cops. For a single two-year span, as chief counsel to the Knapp Commission, he was charged with investigating them. Based on Armstrong's vivid recollections of this watershed moment in law enforcement accountability—prompted by the New York Times's report on whistleblower cop Frank Serpico—They Wished They Were Honest recreates the dramatic struggles and significance of the Commission and explores the factors that led to its success and the restoration of the NYPD's public image.

Serpico's charges against the NYPD encouraged Mayor John Lindsay to appoint prominent attorney Whitman Knapp to chair a Citizen's Commission on police graft. Overcoming a number of organizational, budgetary, and political hurdles, Chief Counsel Armstrong cobbled together an investigative group of a half-dozen lawyers and a dozen agents. Just when funding was about to run out, the "blue wall of silence" collapsed. A flamboyant "Madame," a corrupt lawyer, and a weasely informant led to a "super thief" cop, who was trapped and "turned" by the Commission. This led to sensational and revelatory hearings, which publicly refuted the notion that departmental corruption was limited to only a "few rotten apples."

In the course of his narrative, Armstrong illuminates police investigative strategy; governmental and departmental political maneuvering; ethical and philosophical issues in law enforcement; the efficacy (or lack thereof) of the police's anticorruption efforts; the effectiveness of the training of police officers; the psychological and emotional pressures that lead to corruption; and the effects of police criminality on individuals and society. He concludes with the effects, in today's world, of Knapp and succeeding investigations into police corruption and the value of permanent outside monitoring bodies, such as the special prosecutor's office, formed in response to the Commission's recommendation, as well as the current monitoring commission, of which Armstrong is chairman.