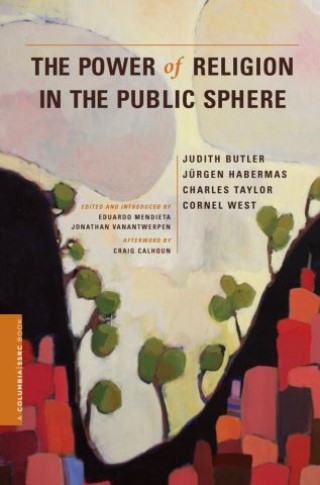 The Power of Religion in the Public Sphere

The Power of Religion in the Public Sphere represents a rare opportunity to experience a diverse group of preeminent philosophers confronting one pervasive contemporary concern: what role doesor shouldreligion play in our public lives? Reflecting on her recent work concerning state violence in Israel-Palestine, Judith Butler explores the potential of religious perspectives for renewing cultural and political criticism, while Jürgen Habermas, best known for his seminal conception of the public sphere, thinks through the ambiguous legacy of the concept of "the political" in contemporary theory. Charles Taylor argues for a radical redefinition of secularism, and Cornel West defends civil disobedience and emancipatory theology. Eduardo Mendieta and Jonathan VanAntwerpen detail the immense contribution of these philosophers to contemporary social and political theory, and an afterword by Craig Calhoun places these attempts to reconceive the significance of both religion and the secular in the context of contemporary national and international politics.