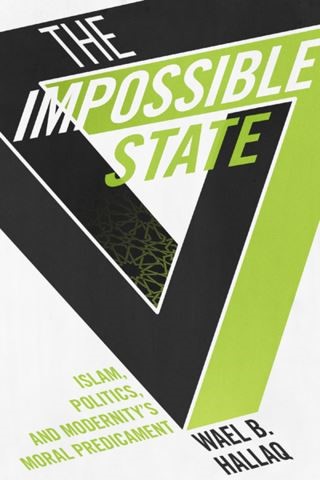 Wael B. Hallaq boldly argues that the "Islamic state," judged by any standard definition of what the modern state represents, is both impossible and inherently self-contradictory. Comparing the legal, political, moral, and constitutional histories of premodern Islam and Euro-America, he finds the adoption and practice of the modern state to be highly problematic for modern Muslims. He also critiques more expansively modernity's moral predicament, which renders impossible any project resting solely on ethical foundations.

The modern state not only suffers from serious legal, political, and constitutional issues, Hallaq argues, but also, by its very nature, fashions a subject inconsistent with what it means to be, or to live as, a Muslim. By Islamic standards, the state's technologies of the self are severely lacking in moral substance, and today's Islamic state, as Hallaq shows, has done little to advance an acceptable form of genuine Shari'a governance. The Islamists' constitutional battles in Egypt and Pakistan, the Islamic legal and political failures of the Iranian Revolution, and similar disappointments underscore this fact. Nevertheless, the state remains the favored template of the Islamists and the ulama (Muslim clergymen).

Providing Muslims with a path toward realizing the good life, Hallaq turns to the rich moral resources of Islamic history. Along the way, he proves political and other "crises of Islam" are not unique to the Islamic world nor to the Muslim religion. These crises are integral to the modern condition of both East and West, and by acknowledging these parallels, Muslims can engage more productively with their Western counterparts.