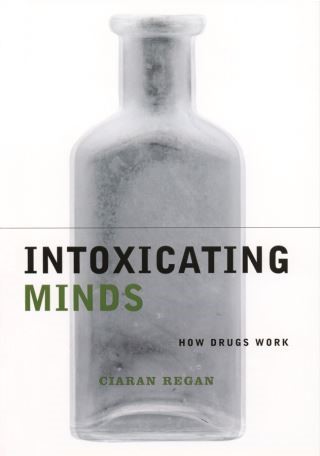 Why do smokers claim that the first cigarette of the day is the best? What is the biological basis behind some heavy drinkers' belief that the "hair-of-the-dog" method alleviates the effects of a hangover? Why does marijuana seem to affect ones problem-solving capacity? Intoxicating Minds is, in the author's words, "a grand excavation of drug myth." Neither extolling nor condemning drug use, it is a story of scientific and artistic achievement, war and greed, empires and religions, and lessons for the future.

Ciaran Regan looks at each class of drugs, describing the historical evolution of their use, explaining how they work within the brain's neurophysiology, and outlining the basic pharmacology of those substances. From a consideration of the effect of stimulants, such as caffeine and nicotine, and the reasons and consequences of their sudden popularity in the seventeenth century, the book moves to a discussion of more modern stimulants, such as cocaine and ecstasy. In addition, Regan explains how we process memory, the nature of thought disorders, and therapies for treating depression and schizophrenia. Regan then considers psychedelic drugs and their perceived mystical properties and traces the history of placebos to ancient civilizations. Finally, Intoxicating Minds considers the physical consequences of our co-evolution with drugs—how they have altered our very being—and offers a glimpse of the brave new world of drug therapies.