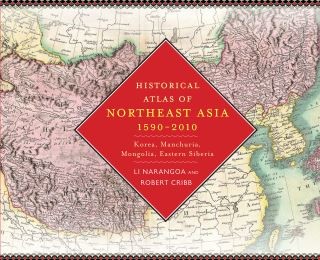 Four hundred years ago, indigenous peoples occupied the vast region that today encompasses Korea, Manchuria, the Mongolian Plateau, and Eastern Siberia. Over time, these populations struggled to maintain autonomy as Russia, China, and Japan sought hegemony over the region. Especially from the turn of the twentieth century onward, indigenous peoples pursued self-determination in a number of ways, and new states, many of them now largely forgotten, rose and fell as great power imperialism, indigenous nationalism, and modern ideologies competed for dominance.

This atlas tracks the political configuration of Northeast Asia in ten-year segments from 1590 to 1890, in five-year segments from 1890 to 1960, and in ten-year segments from 1960 to 2010, delineating the distinct history and importance of the region. The text follows the rise and fall of the Qing dynasty in China, founded by the semi-nomadic Manchus; the Russian colonization of Siberia; the growth of Japanese influence; the movements of peoples, armies, and borders; and political, social, and economic developments—reflecting the turbulence of the land that was once the world's "cradle of conflict." Compiled from detailed research in English, Chinese, Japanese, French, Dutch, German, Mongolian, and Russian sources, the Historical Atlas of Northeast Asia incorporates information made public with the fall of the Soviet Union and includes fifty-five specially drawn maps, as well as twenty historical maps contrasting local and outsider perspectives. Four introductory maps survey the region's diverse topography, climate, vegetation, and ethnicity.