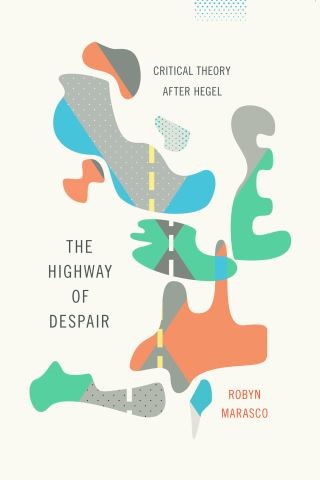 The Highway of Despair

Hegel's "highway of despair," introduced in his Phenomenology of Spirit, is the tortured path traveled by "natural consciousness" on its way to freedom. Despair, the passionate residue of Hegelian critique, also indicates fugitive opportunities for freedom and preserves the principle of hope against all hope. Analyzing the works of an eclectic cast of thinkers, Robyn Marasco considers the dynamism of despair as a critical passion, reckoning with the forms of historical life forged along Hegel's highway.

The Highway of Despair follows Theodor Adorno, Georges Bataille, and Frantz Fanon as they each read, resist, and reconfigure a strand of thought in Hegel's Phenomenology of Spirit. Confronting the twentieth-century collapse of a certain revolutionary dialectic, these thinkers struggle to revalue critical philosophy and recast Left Hegelianism within the contexts of genocidal racism, world war, and colonial domination. Each thinker also re-centers the role of passion in critique. Arguing against more recent trends in critical theory that promise an escape from despair, Marasco shows how passion frustrates the resolutions of reason and faith. Embracing the extremism of what Marx, in the spirit of Hegel, called the "ruthless critique of everything existing," she affirms the contemporary purchase of radical critical theory, resulting in a passionate approach to political thought.