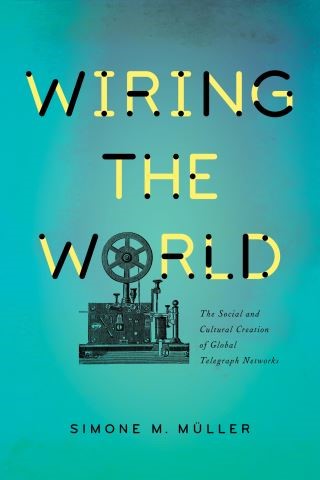 The Social and Cultural Creation of Global Telegraph Networks

The successful laying of a transatlantic cable in 1866 remade world communications. A message could travel across the ocean in minutes, shrinking the space between continents, cultures, and nations. An eclectic group of engineers, entrepreneurs, politicians, and media visionaries then developed this technology into a telecommunications system that spread a particular vision of civilization—but not everyone wanted to wire the world the same way.

Wiring the World is a cultural and social history that explores how the large Anglo-American cable companies won out over alternative visions. Bitter rivalries emerged over telegram prices, visions for world peace, scientific innovation, and the role of the nation-state. Such struggles determined the growth of cable technology, which in turn influenced world history. Filled with fascinating characters and new insights into pivotal events, Wiring the World traces globalization's diverse paths and close ties to business and politics.