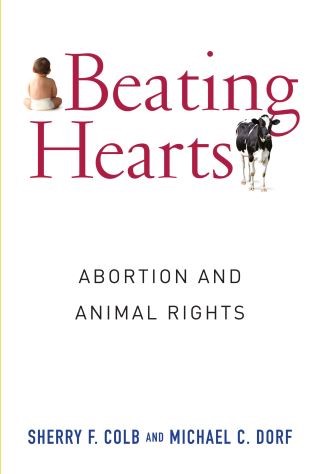 How can someone who condemns hunting, animal farming, and animal experimentation also favor legal abortion, which is the deliberate destruction of a human fetus? The authors of Beating Hearts aim to reconcile this apparent conflict and examine the surprisingly similar strategic and tactical questions faced by activists in the pro-life and animal rights movements.

Beating Hearts maintains that sentience, or the ability to have subjective experiences, grounds a being's entitlement to moral concern. The authors argue that nearly all human exploitation of animals is unjustified. Early abortions do not contradict the sentience principle because they precede fetal sentience, and Beating Hearts explains why the mere potential for sentience does not create moral entitlements. Late abortions do raise serious moral questions, but forcing a woman to carry a child to term is problematic as a form of gender-based exploitation. These ethical explorations lead to a wider discussion of the strategies deployed by the pro-life and animal rights movements. Should legal reforms precede or follow attitudinal changes? Do gory images win over or alienate supporters? Is violence ever principled? By probing the connections between debates about abortion and animal rights, Beating Hearts uses each highly contested set of questions to shed light on the other.