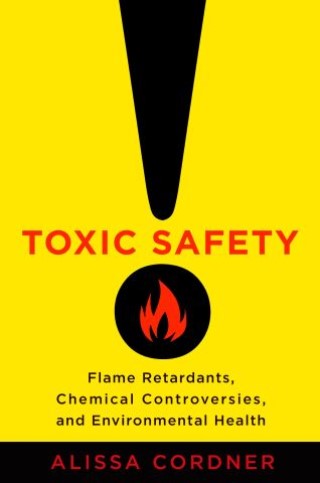 Initially marketed as a life-saving advancement, flame retardants are now mired in controversy. Some argue that data show the chemicals are unsafe while others continue to support their use. The tactics of each side have far-reaching consequences for how we interpret new scientific discoveries.

An experienced environmental sociologist, Alissa Cordner conducts more than a hundred interviews with activists, scientists, regulators, and industry professionals to isolate the social, scientific, economic, and political forces influencing environmental health policy today. Introducing "strategic science translation," she describes how stakeholders use scientific evidence to support nonscientific goals and construct "conceptual risk formulas" to shape risk assessment and the interpretation of empirical evidence. A revelatory text for public-health advocates, Toxic Safety demonstrates that while all parties interested in health issues use science to support their claims, they do not compete on a level playing field and even good intentions can have deleterious effects.