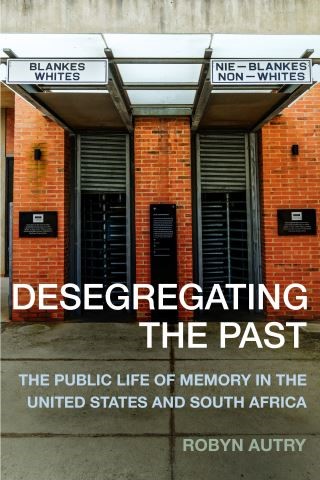 At the Apartheid Museum in Johannesburg, South Africa, visitors confront the past upon arrival. They must decide whether to enter the museum through a door marked "whites" or another marked "non-whites." Inside, along with text, they encounter hanging nooses and other reminders of apartheid-era atrocities. In the United States, museum exhibitions about racial violence and segregation are mostly confined to black history museums, with national history museums sidelining such difficult material. Even the Smithsonian's National Museum of African American History and Culture is dedicated not to violent histories of racial domination but to a more generalized narrative about black identity and culture. The scale at which violent racial pasts have been incorporated into South African national historical narratives is lacking in the U.S. Desegregating the Past considers why this is the case, tracking the production and display of historical representations of racial pasts at museums in both countries and what it reveals about underlying social anxieties, unsettled emotions, and aspirations surrounding contemporary social fault lines around race.

Robyn Autry consults museum archives, conducts interviews with staff, and recounts the public and private battles fought over the creation and content of history museums. Despite vast differences in the development of South African and U.S. society, Autry finds a common set of ideological, political, economic, and institutional dilemmas arising out of the selective reconstruction of the past. Museums have played a major role in shaping public memory, at times recognizing and at other times blurring the ongoing influence of historical crimes. The narratives museums produce to engage with difficult, violent histories expose present anxieties concerning identity, (mis)recognition, and ongoing conflict.