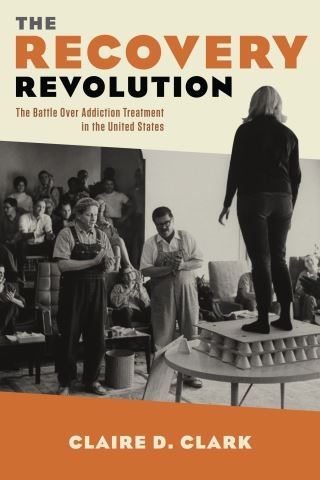 The Battle Over Addiction Treatment in the United States

In the 1960s, as illegal drug use grew from a fringe issue to a pervasive public concern, a new industry arose to treat the addiction epidemic. Over the next five decades, the industry's leaders promised to rehabilitate the casualties of the drug culture even as incarceration rates for drug-related offenses climbed. In this history of addiction treatment, Claire D. Clark traces the political shift from the radical communitarianism of the 1960s to the conservatism of the Reagan era, uncovering the forgotten origins of today's recovery movement.

Based on extensive interviews with drug-rehabilitation professionals and archival research, The Recovery Revolution locates the history of treatment activists' influence on the development of American drug policy. Synanon, a controversial drug-treatment program launched in California in 1958, emphasized a community-based approach to rehabilitation. Its associates helped develop the therapeutic community (TC) model, which encouraged peer confrontation as a path to recovery. As TC treatment pioneers made mutual aid profitable, the model attracted powerful supporters and spread rapidly throughout the country. The TC approach was supported as part of the Nixon administration's "law-and-order" policies, favored in the Reagan administration's antidrug campaigns, and remained relevant amid the turbulent drug policies of the late twentieth and early twenty-first centuries. While many contemporary critics characterize American drug policy as simply the expression of moralizing conservatism or a mask for racial oppression, Clark recounts the complicated legacy of the "ex-addict" activists who turned drug treatment into both a product and a political symbol that promoted the impossible dream of a drug-free America.