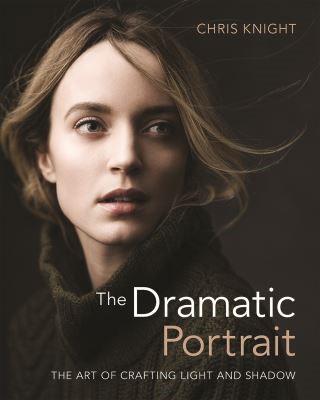 The Art of Crafting Light and Shadow

Without light, there is no photograph. As almost every photographer knows, the word “photograph” has its roots in two Greek words that, together, mean “drawing with light.” But what is less commonly acknowledged and understood is the role that shadow plays in creating striking, expressive imagery, especially in portraiture. It is through deft, nuanced use of both light and shadow that you can move beyond shooting simply ordinary, competent headshots into the realm of creating dramatic portraiture that can so powerfully convey a subject’s inner essence, communicate a personal narrative, and express your photographic vision.

In The Dramatic Portrait: The Art of Crafting Light and Shadow, Chris Knight addresses portraiture with a unique approach to both light and shadow that allows you to improve and elevate your own portraiture. He begins with the history of portraiture, from the early work of Egyptians and Greeks to the sublime treatment of light and subject by artists such as Caravaggio, Rembrandt, and Vermeer. Chris then dives into a deep, hands-on exploration of light, shadow, and portraiture, offering numerous lessons and takeaways. He covers:

• The qualities of light: hard, soft, and the spectrum in between

• The relationships between light, subject, and background, and how to control them

• Lighting patterns such as Paramount, Rembrandt, loop, and split

• Lighting ratios and how they affect contrast in your image

• Multiple setups for portrait shoots, including those that utilize one, two, and three lights

• How color contributes to drama and mood, eliciting an emotional response from the viewer

• How to approach styling your portrait, from wardrobe to background

• The post-processing workflow, including developing the RAW file, maximizing contrast, color grading, retouching, and dodging and burning for heightened drama and effect

Chris Knight: Chris Knight is a New York–based portrait photographer and educator. He combines his unconditional love of art history with his conditional love of technology, all with a flare for the cinematic and an uncompromising eye for detail. His work has appeared in Vogue, People, MSNBC, ABC, Ocean Drive, GQ, and other outlets. Chris is also an instructor at Pratt Institute and the New York Film Academy. He can be found online at chrisknightphoto.com.