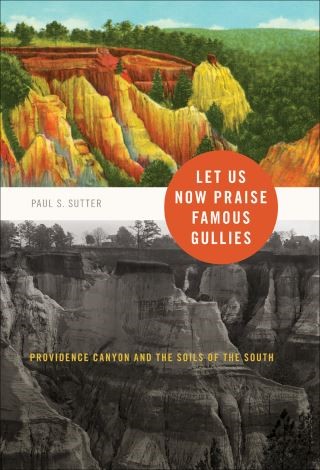 Providence Canyon and the Soils of the South

Providence Canyon State Park, also known as Georgia’s “Little Grand Canyon,” preserves a network of massive erosion gullies allegedly caused by poor farming practices during the nineteenth century. It is a park that protects the scenic results of an environmental disaster. While little known today, Providence Canyon enjoyed a modicum of fame in the 1930s. During that decade, local boosters attempted to have Providence Canyon protected as a national park, insisting that it was natural. At the same time, national and international soil experts and other environmental reformers used Providence Canyon as the apotheosis of human, and particularly southern, land abuse.

Let Us Now Praise Famous Gullies uses the unlikely story of Providence Canyon—and the 1930s contest over its origins and meaning—to recount the larger history of dramatic human-induced soil erosion across the South and to highlight the role that the region and its erosive agricultural history played in the rise of soil science and soil conservation in America. More than that, though, the book is a meditation on the ways in which our persistent mental habit of separating nature from culture has stunted our ability to appreciate places like Providence Canyon and to understand the larger history of American conservation.