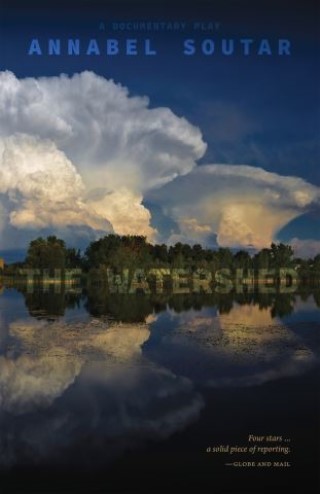 How much do we value clean water? Enough to stop our industrialized way of life from degrading it? The documentary play The Watershed follows an artist and her family in the struggle to chart a sustainable course between economic prosperity and environmental stewardship.

Largely constructed from original interviews conducted by the playwright, The Watershed brings to the stage a multiplicity of ideological perspectives and conflicting visions for Canada’s natural resources, and its characters speak the words of real Canadians from all across the political spectrum.

As the play reaches its boiling point, one thing becomes abundantly clear: a contemporary play about water in Canada must also be about oil. And so the playwright and family travel to Alberta’s tar sands, encountering along the way some of the world’s great freshwater scientists, some of Canada’s fiercest environmental activists, and impassioned individuals at work in the country’s burgeoning oil sector.

Policy is anything but dry in The Watershed; in fact, it holds startling implications for our national identity and future.

Cast of eight women and men.