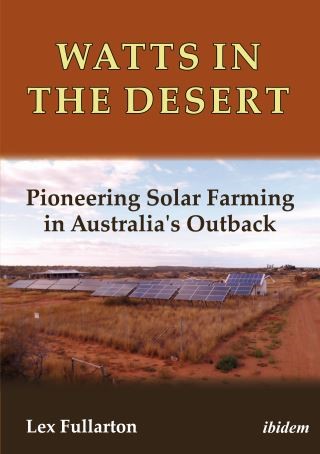 Watts in the Desert

Solar power has taken a journey from what was once considered the lunatic fringe to mainstream society and industry. Looking specifically at the Solex project in Carnarvon, Western Australia, which pioneered the harvest of solar energy, this book offers an introduction to the development of renewable energy and the rise of dispersed, embedded solar energy systems in Australia in the early 2000s. Fullarton shows how a practical demonstration of innovative existing technology can have an incredible impact on a national scale. The ideas behind the Solex project were adopted by the broader community and were eventually taken up enthusiastically by the general population of Australia. Analyzing government and utility policies throughout the 2000s, the book traces how ambivalence was followed by wholehearted incentives to the roll-out of alternative energy and then by active opposition to alternative energy in favor of traditional fossil fuel as government philosophies changed.