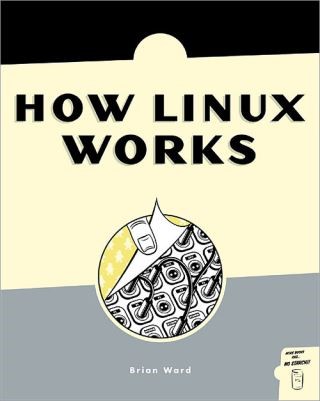 What Every Superuser Should Know

Whether you're a systems administrator or a home user, you need to understand how Linux internals work before you can really master Linux — how it boots, how networking works, how to customize the kernel, and even what hardware to buy.

How Linux Works contains the kind of information normally handed down from wizards—knowledge that comes from years of experience doing things the hard way. But instead of seeking the right incantation to make your system work, you can read How Linux Works to see how to administer Linux and why each particular technique works.

This book covers such need-to-know topics as:
–How Linux boots, with coverage of boot loaders and init
–How networking, interfaces, firewalls, and servers work
–How development tools and shared libraries work
–How the kernel manages devices, device drivers, and processes, and how to build a custom kernel
–How the Linux printing system works, with sections on cups, filters, and Ghostscript
–How shell scripts work

With its combination of background theory and real-world examples, How Linux Works will show you how to run your system instead of having your system run you.