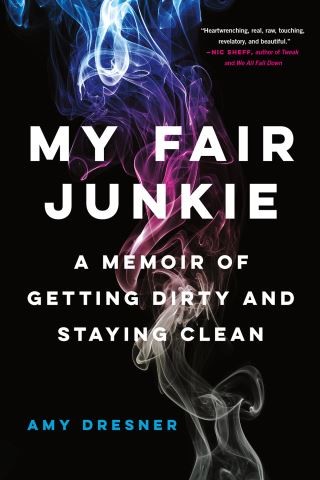 A Memoir of Getting Dirty and Staying Clean

In the tradition of Blackout and Permanent Midnight, a darkly funny and revealing debut memoir of one woman's twenty-year battle with sex, drugs, and alcohol addiction, and what happens when she finally emerges on the other side.

Growing up in Beverly Hills, Amy Dresner had it all: a top-notch private school education, the most expensive summer camps, and even a weekly clothing allowance. But at 24, she started dabbling in meth in San Francisco and unleashed a fiendish addiction monster. Soon, if you could snort it, smoke it, or have sex with, she did.

Smart and charming, with Daddy's money to fall back on, she sort of managed to keep it all together. But on Christmas Eve 2011 all of that changed when, high on Oxycontin, she stupidly "brandished" a bread knife on her husband and was promptly arrested for "felony domestic violence with a deadly weapon."

Within months, she found herself in the psych ward--and then penniless, divorced, and looking at 240 hours of court-ordered community service. For two years, assigned to a Hollywood Boulevard "chain gang," she swept up syringes (and worse) as she bounced from rehabs to halfway houses, all while struggling with sobriety, sex addiction, and starting over in her forties.

In the tradition of Orange Is the New Black and Jerry Stahl's Permanent Midnight, Amy Dresner's My Fair Junkie is an insightful, darkly funny, and shamelessly honest memoir of one woman's battle with all forms of addiction, hitting rock bottom, and forging a path to a life worth living.