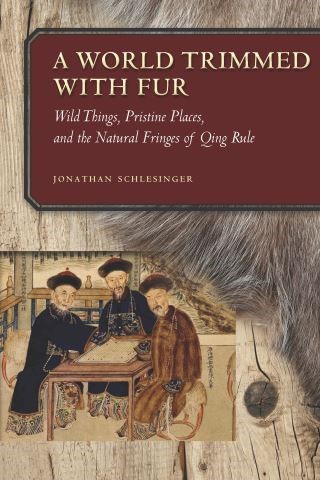 A World Trimmed with Fur

In the eighteenth and nineteenth centuries, booming demand for natural resources transformed China and its frontiers. Historians of China have described this process in stark terms: pristine borderlands became breadbaskets. Yet Manchu and Mongolian archives reveal a different story. Well before homesteaders arrived, wild objects from the far north became part of elite fashion, and unprecedented consumption had exhausted the region's most precious resources.

In A World Trimmed with Fur, Jonathan Schlesinger uses these diverse archives to reveal how Qing rule witnessed not the destruction of unspoiled environments, but their invention. Qing frontiers were never pristine in the nineteenth century—pearlers had stripped riverbeds of mussels, mushroom pickers had uprooted the steppe, and fur-bearing animals had disappeared from the forest. In response, the court turned to "purification;" it registered and arrested poachers, reformed territorial rule, and redefined the boundary between the pristine and the corrupted. Schlesinger's resulting analysis provides a framework for rethinking the global invention of nature.