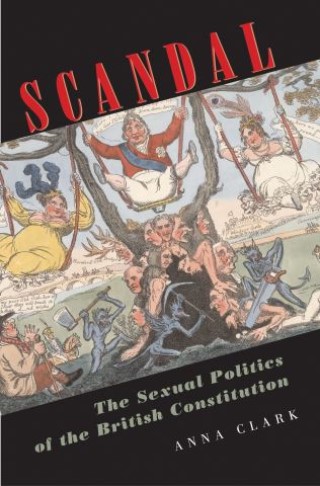 The Sexual Politics of the British Constitution

Are sex scandals simply trivial distractions from serious issues or can they help democratize politics? In 1820, George IV's "royal gambols" with his mistresses endangered the Old Oak of the constitution. When he tried to divorce Queen Caroline for adultery, the resulting scandal enabled activists to overcome state censorship and revitalize reform. Looking at six major British scandals between 1763 and 1820, this book demonstrates that scandals brought people into politics because they evoked familiar stories of sex and betrayal. In vibrant prose woven with vivid character sketches and illustrations, Anna Clark explains that activists used these stories to illustrate constitutional issues concerning the Crown, Parliament, and public opinion.

Clark argues that sex scandals grew out of the tension between aristocratic patronage and efficiency in government. For instance, in 1809 Mary Ann Clarke testified that she took bribes to persuade her royal lover, the army's commander-in-chief, to promote officers, buy government offices, and sway votes. Could women overcome scandals to participate in politics?

This book also explains the real reason why the glamorous Georgiana, Duchess of Devonshire, became so controversial for campaigning in a 1784 election. Sex scandal also discredited Mary Wollstonecraft, one of the first feminists, after her death.

Why do some scandals change politics while others fizzle? Edmund Burke tried to stir up scandal about the British empire in India, but his lurid, sexual language led many to think he was insane.

A unique blend of the history of sexuality and women's history with political and constitutional history, Scandal opens a revealing new window onto some of the greatest sex scandals of the past. In doing so, it allows us to more fully appreciate the sometimes shocking ways democracy has become what it is today.

Anna Clark: Anna Clark Professor of History at the University of Minnesota, and the editor of the Journal of British Studies. She is the author of The Struggle for the Breeches: Gender and the Making of the British Working Class, which won the British Council Book Prize of the North American Conference on British Studies. She is also the author of many other works in the field of British history, gender history, and the history of sexuality.