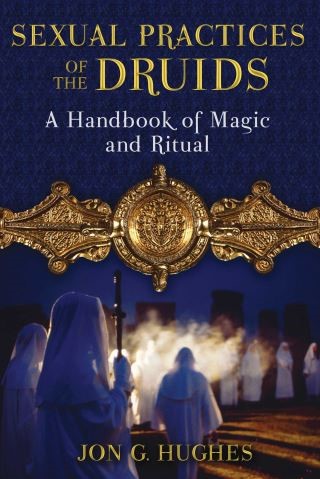 Sexual Practices of the Druids

A Handbook of Magic and Ritual

• Details a wide range of sex magic rituals that may be used by couples, groups, and solitary practitioners

• Explains how to channel, intensify, and project your sexual energy for magical purposes

• Provides instructions for crafting the necessary ritual tools, including wands, chalices, cauldrons, and attire, and for brewing the potions that accompany these rites

One of the Druid’s most powerful tools, sex magic harnesses and projects the immense natural energy produced by orgasm to liberate your consciousness from everyday awareness and influence reality at will.

With more than 50 years in the Druidic tradition, Jon Hughes reveals the fundamentals of Celtic sex magic passed down secretly from generation to generation. He explains how to channel, intensify, and project your sexual energy for magical purposes and offers authentic instructions for a wide range of sex magic rituals that may be used by couples, groups, and solitary practitioners. In addition to the steps of preparation and closure for each ritual, he describes the workings of the 9 stages of the sex magic ritual--Awakening, Augmentation, Intensification, Quickening, Orgasm and Projection, Continuance, Relaxation, Scattering, and Gift.

Hughes provides detailed instructions for crafting and consecrating the necessary ritual tools, including wands, chalices, and cauldrons, and for brewing the potions that accompany these rites. He also explores the power of emotion and intention in these sacred rituals, providing a complete guide to this ancient path of empowerment and magic.

Jon G. Hughes: Jon G. Hughes, author of Celtic Sex Magic, is part of a lineage of druids that has been practicing for five generations in a remote area of Wales. He is now teaching the tradition at his home in western Ireland and gives workshops and seminars throughout Europe under his Welsh name of Cynon. He is the director of the Irish Centre for Druidic Practices.