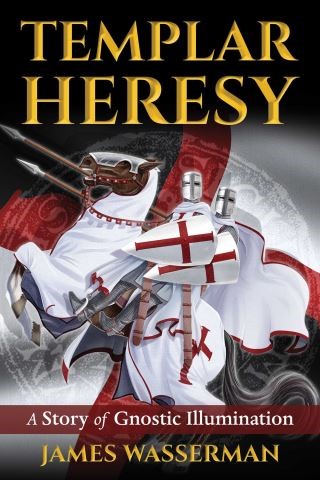 A Story of Gnostic Illumination

A tale of initiation, adventure, and romance set within the medieval Crusades

Set within the dramatic tableau of the medieval Crusades, this story of initiation, adventure, and romance follows members of the Knights Templar and Assassins as they discover a mystical tradition with the potential to unify, protect, and liberate humankind--the very heresy for which the Knights Templar were later condemned.

The tale begins with a young Persian student, Sinan, as he witnesses his teacher deliver the heretical Qiyama proclamation, seeking to abolish Islamic religious law in favor of a more mystical approach to spirituality. After completing his initiation into the revolutionary doctrines and practices of the Assassins--also known as the Nizari Ismailis or Hashishim--Sinan is appointed head of the Nizaris in Syria.

Years later, after Sinan has become a wise and respected leader, he encounters Roland de Provence, a young member of the Knights Templar. Impressed by his courage and intelligence, Sinan selects him for initiation into the Nizari tradition. As readers follow Sinan and Roland through the process, they experience firsthand the transmission of these secret teachings and the paranormal, even magical powers of the Assassin adepts. Roland braves hashish journeys, mystical rituals, and divine epiphanies, as well as sexual awakening at the hands of Sinan’s beautiful consort Aisha.

When Roland completes his education with Sinan, he vows to share the Nizari teachings with his fellow Templars. However, he is met with strong opposition from his Templar commander, and factions within the Order quickly arise. As we follow Roland to southern France, we witness how he blends the Cathar and Nizari traditions to form the core of the “heresy” for which the Templars were later arrested and condemned. Now an outlaw, hunted by his Templar brethren, Roland is forced to choose between the beliefs with which he was raised and the realizations of his own personal truths.

Bringing to life the historical truths of his expertly researched bestseller The Templars and the Assassins, James Wasserman artfully traces the evolution of the Western Esoteric Tradition during the fertile cultural interactions of the Crusades. His story also sheds light on the modern conflict between Islam and the West--which began a thousand years ago--and offers a natural path of reconciliation between our disparate cultures.

James Wasserman: James Wasserman is the author of several books, including The Templars and the Assassins, The Secrets of Masonic Washington, The Mystery Traditions, An Illustrated History of the Knights Templar, and The Temple of Solomon. A longtime student of the occult, the United States Constitution, and the writings of the Founding Fathers as well as a member of the Ordo Templi Orientis since 1976, he lives in New York City.Keith Stump is a religious scholar and documentary screenwriter who spent many years in the Middle East studying the beliefs, history, and culture of the world’s great monotheistic faiths.Harvey Rochman is an international financier and film producer who envisions global media advancing human consciousness.