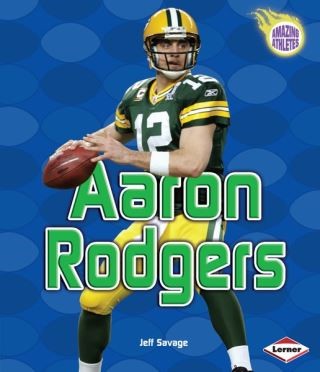 Many people believed NFL quarterback Aaron Rodgers would quickly become a star when he joined the Green Bay Packers in 2005. But as the backup to Brett Favre, Aaron didn't get to play much during his first three seasons. When Aaron took over as starting quarterback in 2008, he showed that he belonged on the field. Aaron led his team to the playoffs in 2009. The next season, he guided the Packers to victory in Super Bowl XLV. Learn more about this amazing quarterback's journey from his childhood in California all the way to Super Bowl MVP.

Jeff Savage has written dozens of books for young readers. He lives in California and frequently visits schools around the country to talk to kids about his work.