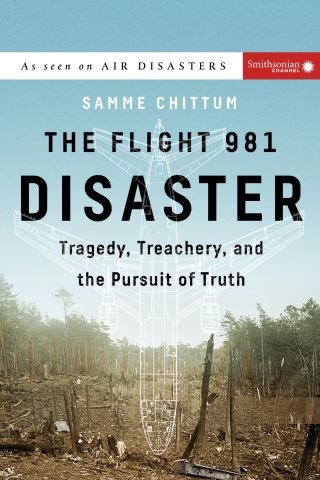 Tragedy, Treachery, and the Pursuit of Truth

On June 12, 1972, a powerful explosion rocked American Airlines Flight 96 a mere five minutes after its takeoff from Detroit. The explosion ripped a gaping hole in the bottom of the aircraft and jammed the hydraulic controls. Miraculously, despite the damage and ensuing chaos, the pilots were able to land the plane safely. Less than two years later, on March 3, 1974, a sudden, forceful blowout tore through Turk Hava Yollari (THY) Flight 981 from Paris to London. THY Flight 981 was not as lucky as Flight 96; it crashed in a forest in France, and none of the 346 people onboard survived. What caused the mysterious explosions? How were they linked? Could they have been prevented? The Flight 981 Disaster addresses these questions and many more, offering a fascinating insiders' look at two dramatic aviation disasters.

Samme Chittum: SAMME CHITTUM is a narrative journalist and Pulitzer Traveling Fellowship recipient who explores the intersection of current events and history. Her work has been published by the New York Times, the New York Daily News, the New York Post, and the Village Voice.