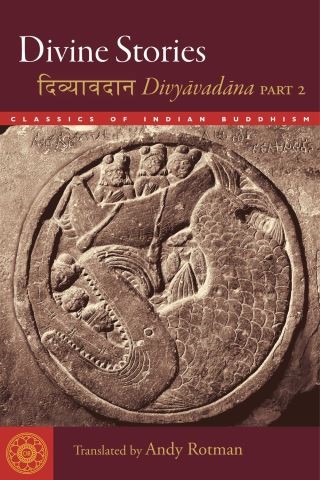 Explore this second volume of translations, in vivid prose, from one of the most celebrated collections of ancient Buddhist stories.

Actions never come to naught,
even after hundreds of millions of years.
When the right conditions gather and the time is right,
then they will have their effect on embodied beings.

Ancient Buddhist literature is filled with tales of past lives. The Buddha, surrounded by his followers, is asked how it came to be that a certain person has met a particular fate. With his omniscience, the Buddha looks into eons past and uncovers the events that led to the present outcome and foretells the future as well. With stories of wicked wives, patricidal princes, and shape-shifting serpents, Divine Stories offers a fascinating illustration of the law of karma—the truth that the power of good and bad deeds is never lost. These are some of the oldest Buddhist tales ever committed to writing, illuminating the culture of northern India in the early centuries of the common era and bringing to life the Buddhist values of generosity and faith.

Andy Rotman: Andy Rotman received his PhD in South Asian languages and civilizations from the University of Chicago. He has taught in the Religion Department at Smith College since 2000.