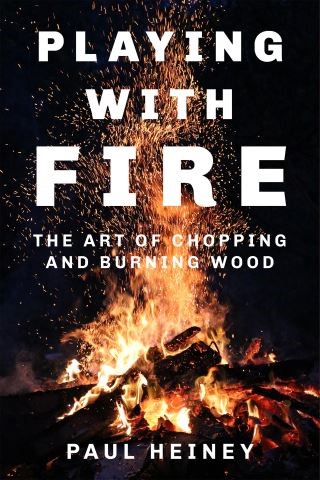 The Art of Chopping and Burning Wood

The blaze of a log fire on a cold night speaks to the heart in a way no other flame can. It has character and ever-changing form; it has vibrant color and a balletic movement. Indeed, it was the flame that transformed the way life was lived on earth, but now that primary driver of evolution finds itself being extinguished in a modern world of microwaves and central heating. But the sight of a flame remains as evocative as ever, and this how-to book will tell you how to bring fire back into your life. It wants to inspire, and teach, and show the wonders that the magic burning flame can conjure up. It looks at the history of fire, and how it has been used in the development of man, but this book's ambition is to fire the imagination and to leave its reader with a burning desire—to burn wood.

Paul Heiney: Paul Heiney is a writer, broadcaster, and journalist. Best known as the presenter for Countrywise, he has also appeared on Watchdog and has been a contributor on all of Britain's national radio networks, including BBC Radio 4's Home Truths. He has been a columnist for the Times, and is also the author of One Wild Song and Do Cats Have Belly Buttons?