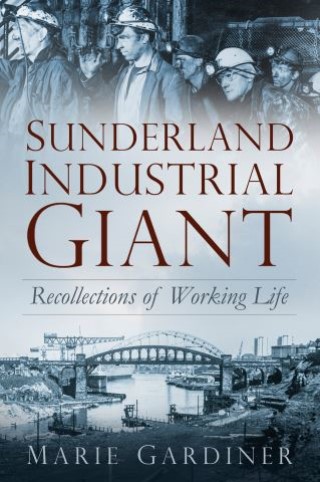 Sunderland was once one of Britain’s industrial giants. Famous for its shipyards, mines and glass-making, it thrived at a time when its country needed it most. After the Second World War the town saw incredible change, as the heavy industry that seemed so permanent, faded and died.How do you cope with the loss of centuries of working tradition? These are the stories of the people who worked through this evolution, watched their town change around them and become a city – the people who saw the end of one era and the beginning of a bright new one.

Marie Gardiner: Marie Gardiner is a professional photographer and writer who has a BA (Hons) Degree in Film & Media. She has worked as a broadcaster and marketing manager at Sunderland's commercial radio station 103.4 Sun FM and now regularly writes articles and tutorials for various companies. Marie makes local history documentary films for exhibitions and television with her partner for their company Lonely Tower Film & Media, and gives talks to many local groups. She lives in Willington, County Durham.